March to the Gobi desert 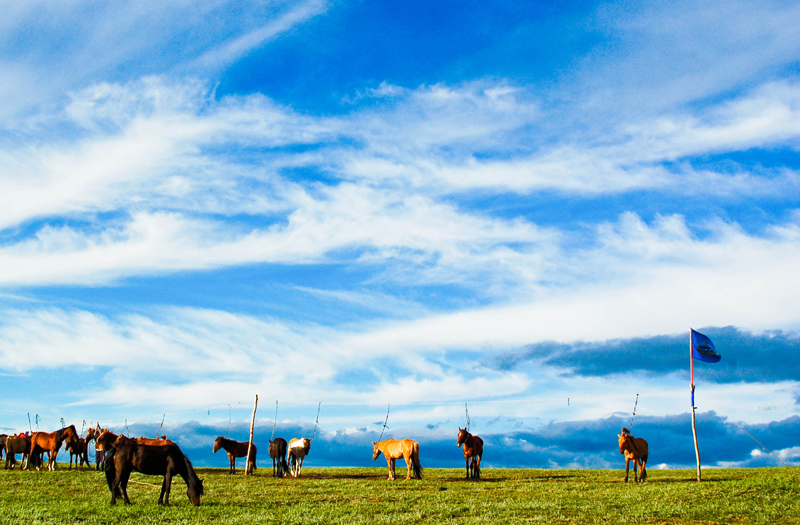 When you speak of Mongolia the first thought that strikes is of ‘Genghis Khan’. Most people only read about it in history but how many have actually thought of travelling to Mongolia? I got a fantastic opportunity to travel to this amazing country last summer with a small group of clients’ from Kolkata.

Mongolia is said to be the least densely populated country in the world- an isolated yet magnificent landscape untainted by the modernist hands of destruction and sprawl. An ideal canvas for those who enjoy basic and slow travel, Mongolia is off the beaten track at its very best.

As I flew over the Gobi desert and made my way to the capital city of Ulanbaatar, much of my time was spent in awe – looking out at and being within a staggering expanse of serene, undisturbed wilderness.

Ulaanbaatar is the usual starting point for your trip across Mongolia; the bustling capital city offers everything from temples, museums and public squares, to international cuisine and busy nightlife.

We drove through the seoul street and WOW who would expect such a sight in this far away land – Irish pubs , grill bars , karoke, youngsters walking in designer labels, night clubs in full swing…. It was endless. The Mongols definitely took their Friday night fun quite seriously!

As we headed back to the hotel – my impression of Ulanbaatar had completely changed in those 3 hours – from a city trying to be modern to the most happening city in this part of the world.

After a night of rest in Ulanbaatar my journey to explore the land of blue skies finally started.

My first destination was Hustai National Park – the land of wild horses. One should be prepared that the country doesn’t have a well-trodden tourist track. Dirt tracks are more common than paved roads and a 14 km distance can take up to 3 hours. 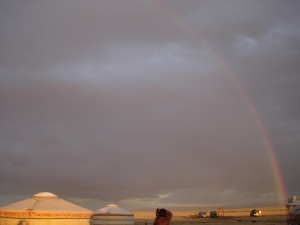 As I left the city, I moved through vistas of various colours and textures and was soon greeted by the sights of white ger camps against the backdrop of mountains.

Staying in a traditional ger is a unique and unforgettable experience. Complete with a toasty coal fire heating system it gives you the opportunity to sample local food and the 5 am wake up calls by horses and goats rustling around the outside walls.

Hustai National Park is world famous for the successful re-introduction of the Przewalski horse, Takhi, the only still living wild ancestor of the domestic horse. I spent some time on learning about these beautiful creatures, watching a documentary and as evening descended, I proceeded to see them in their spectacular natural surroundings. These horses do not graze when the sun is as it’s zenith – they usually come out in the open when it gets a little cooler, towards the evening. I have never seen such beautiful creatures – the shutter bugs in our group frantically clicked every movement of the animal. White horses , beautiful grasslands that stretched mountain after mountain, the setting sun.. all of this threw myriad hues of colours on the landscape which turned truly heavenly!! 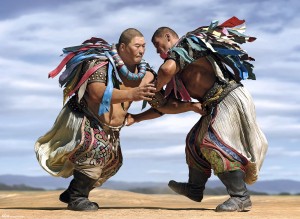 My journey further continued to the capital city of Genghis Khan – the Karakorum. Although nature dominates, history remains in this ancient city. Be sure to check out the Erdene Zuu Monastery in Kharkhorin. The most important Monastery in the country, it is the first Buddhist monastery in Mongolia which once had over 100 temples and 1,000 monks before the Communist purges in 1937. Like many other scared sites, not much was left standing after this era of destruction, but the Mongolians preserve what is left of their history with great pride.

As the day passed, we shifted South from the mountains to the flat lands to make our way towards the famous red flaming cliffs in Gobi desert. We stopped in between at a massive stretch of green for a comfort break and were totally blown off by the strong winds. The landscape was desolate, not a single human being in sight for as long as you could see, not even an animal or a vehicle passing by – just long stretches of grasslands with rolling mountains in the distance and clear blue skies with small white tufts of cotton clouds and our vans romancing in this surreal landscape.

In the middle of the Gobi where the roads are non-existent with almost no civilisation, lies a tiny village – Ongi. The Ongi ger camp where we stayed the night  is nothing less than an oasis in the middle of this vast desert. With facilities like massage, Sauna rooms, restaurant, showers etc it is a true paradise for the travellers.

After a relaxed day at Ongi it was time to proceed for the last leg of my journey – the Flaming Cliffs site. Also known as Bayanzag, this region of the Gobi Desert in the Ömnögovi Province of Mongolia is an important place in archaeology as fossil finds have been unearthed here. The area is most famous for its first discovery of dinosaur eggs.

Sitting in the verandah, overlooking the unobstructed Gobi desert, I went back to the day my adventure trip started. Travelling through Mongolia is like travelling back into time- seeing surroundings that haven’t changed in decades or even centuries, where locals still live simply, inviting you into their homes with an eagerness to share their wonderful and unique way of life. Wandering through the distinct lack of infrastructure and amenities you realise you are a part of the Mongolian life.

The great outdoors await you with plentiful opportunities for walks, hikes and adventure. Clamber through rock formations, marvel at the hot to cold contrasts of Gobi desert or attempt the strenuous climb of the Khongoryn Els sand dunes, only for the excitement of running or rolling down them afterwards. Race the two-humped camels and soak in the dramatic scenery of the eagle valley. 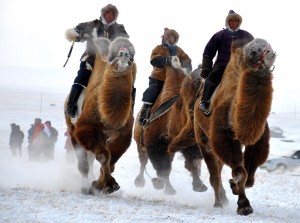 What you hear about Mongolia with its green hues, herds of wild horses and the golden desert expanse..well, all of that is true. For me, it was an experience like no other. I lost myself for 10 days, embraced the beauty that came from simplicity, and indulged in the overwhelming sense of liberation that came only from standing in an uninhabited place.

(Alifiya Calcuttawala, Regional Director- The Wanderers Kolkata travelled to Mongolia in the summer of 2013 with a group of clients from Kolkata. She is an avid traveller,  always in search of a tryst with the sublime)

Check out our latest Photography Tour in Mongolia