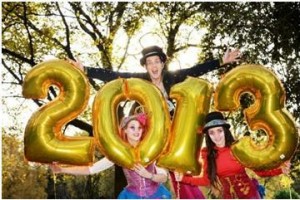 Bored of doing the same thing every New Year’s eve? Then beat the winter blues this December and ring in the New Year in Dublin, the capital city of Ireland, with a dazzling display of Irish music and dance. New Year’s Eve may be the most magical night of the year, and Dublin has truly embraced the festive spirit this year by bringing us the much talked about Dublin’s New Year’s Eve Festival.

Christened as The Gathering 2013, this festival is when Ireland opens its arms to hundreds of thousands of friends and family from all over the world, calling them home to gatherings and festivals throughout the country.

Introduced in 2011, NYE in Dublin is celebrated as grandly as it is in New York’s Times Square or near Sydney’s Opera House. There’s something for everyone with both day and night events. A parade, concert, lighting show and, the explosive icing on the cake, a firework show. 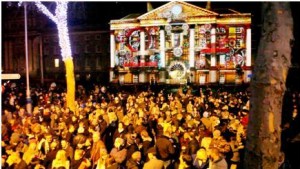 The Gathering 2013 promises to be fun with five festival zones, fireworks, street entertainment, an outdoor brunch and a stunning torch lit procession. The NYE Dublin festival will open with a participative torch lit procession and there will be a magnificent fireworks display over St. Stephen’s Green in the centre of Dublin. 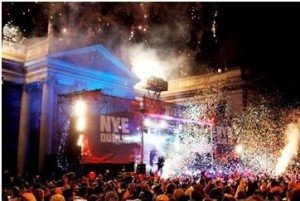 The highlight of the festival is the ticketed New Year’s Eve Countdown Concert taking place in College Green. Cutting-edge 3D projection will form the backdrop to a spectacular NYE Countdown Concert at College Green. This concert promises to be awesome and will feature some of the biggest names in Irish music take to the stage to help herald the beginning of a new year. The festival will close with a Ceili Mor and The Big Brunch on New Year’s Day.

Check out our latest package on Dublin.