Abhik Dutta, Director & Co-Founder of  The Wanderers gives a brief synopsis of his trip to this ancient land and comes away fascinated. 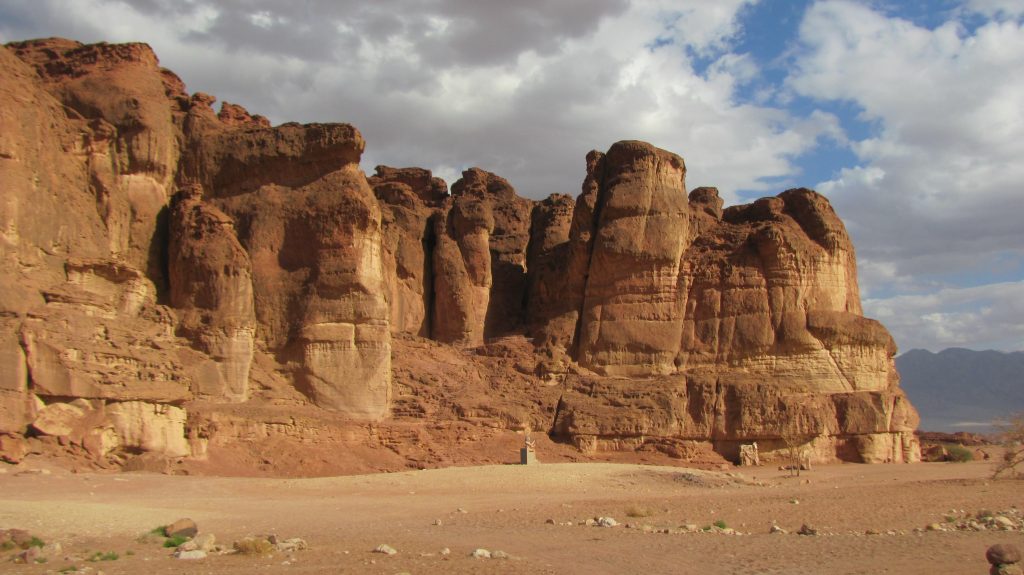 Known as much for its Biblical past as it is for its vibrant present and a promising future, Israel embodies a great ‘never say die’ spirit that encompasses the very life of Israel.

I had always wanted to visit Israel having grown up reading books about the country and its people, how the state was formed, about kibbutz life, their culture of innovation, the politics and religion of the region, the holocaust etc. So, when I got the invite from the Israel Ministry of Tourism to visit the country, I already had one leg in the El-Al flight!

Tel-Aviv, on the shores of the Mediterranean Sea is a city on steroids! An active city, where people are forever on the go. Cycling, running, skating, sailing, segwaying, dancing. Always moving. No wonder its called the Non-Stop City. Jaffa, is the exact opposite. Quiet, reflective, artsy, historical. To escape the noise and pulsating rhythm of Tel Aviv, we headed for the quiet lanes of the Old city of Jaffa where we visited the Ilana Goor museum (which is also the current home of this gifted artist).  At the Nalaga’at Centre located near the wharf, we got a taste of different wine in a pitch black restaurant called BlackOut, escorted by blind waiters! A most humbling experience. 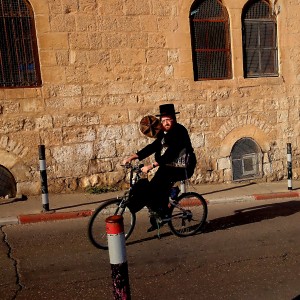 An orthodox jew pedals up a street in Jerusalem

In Jerusalem, we followed a local family through the old streets as they celebrated the Bar Mitzvah function of their son’s coming of age. I prayed at the Church of the Holy Sepulchre where Lord Jesus Christ was crucified and laid to rest, then headed down the lanes to the Western Wall or Kotel (earlier called the Wailing Wall) where I prayed once again donning a ‘kipa’. Later, I visited a Roman Catholic Franciscan cemetery to pay respect at the grave of Oskar Schindler, the German who saved over a thousand Jews during WW II. Remember the movie Schindlers List?

I also visited the Holocaust Museum. It was a deeply moving experience. The architectural marvel hides the brutality, pain and suffering depicted inside its grey walls as it takes you through the history of the Holocaust with heart rending stories of suvivors, bringing their pain closer to our hearts. And finally, after 2 hours, I emerged at twilight from the dark corridors of one of last century’s most sordid periods to a patio overlooking the dazzling lights of Jerusalem. A sign of light and hope for the future?

While traveling to the Dead Sea we took a cable car ride up to the hilltop fortess of Massada (over a 1000ft high), now a UNESCO World Heritage Site, built by King Herod in 30 BC. It has majestic 360 degree views of the Jordan Rift Valley and Dead Sea on one side and the desert landscape on the other. I decided to run down the  ‘Snake Path’ on the way down- a decision that affected my gait over the next 3 days!

That evening we drove in Landrovers into the Judean desert to watch a surreal sunset and the next morning I was up at dawn to master my ‘water floatation technique’ on the Dead Sea. As opposed to the Jordan side of the Sea which is rocky (I happened to visit Jordan in September earlier this year), the place where we entered the water was sandy  and well-maintained. We floated around for the better part of an hour before heading back to our hotel and drove onward to Eilat on the Red Sea. 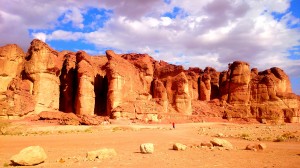 Eilat is hedonism at its Middle Eastern best. The Red Sea is perfect water sports, scuba diving & snorkeling during the day and post sunset, the city makes a quick switchover to the good life full of great cuisine, music and clubbing. Blessed with year round mild weather (water temperature rarely dips below 20deg C), Eilat is the perfect place for relaxation in Israel. We snorkelled in the Sea, discovered the beauty of Timna Park and its ancient copper mines nestled in the magical surroundings of the desert and as the lights of the city dazzled, we made our way to the Three Monkeys Pub to listen to an English band and down a few beers..a perfect way to wind up my short trip to Israel!

-by Abhik Dutta, Director & Co-Founder of  The Wanderers