Why you need to stop at the Blue Mountains at Ooty 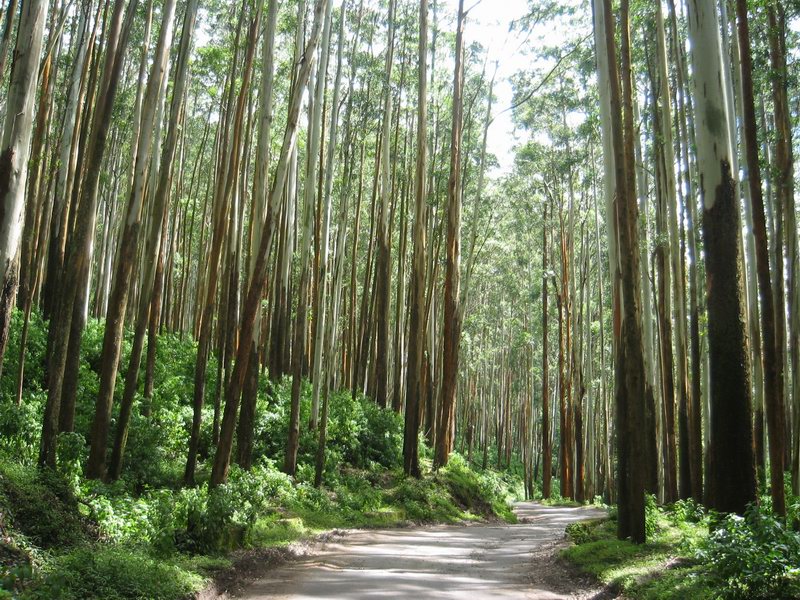 Denver took hold of my senses halfway between Mysore and Ooty, somewhere in the middle of dense jungles of Bandipur. The forest whizzed past. It was around 3 in the afternoon but the canopy formed by the trees shut out the sunlight and allowed the passage of streaks of sunlight that formed an eerie image on the black stretch of forest road. This was a journey I was getting to love. It was a journey of the senses that had been screaming for help over the past year, wanting an out from the staid existence back home in Calcutta. The forest, the streams and the distant hills beyond, beckoned me. And sitting in the bus I allowed myself to zoom through a corridor of strained light right into the lap of nature at the other end. It was a meeting of lovers kept apart by circumstances. One, a confused youth from the city and the other a demure lass full of beauty and wisdom.

I needed this break as much as my friends. Calcutta had taken its toll. Sipping our tea in a roadside stall, we had decided to pack our rucksacks and head South. Over the last ten days the five of us had journeyed through the confusion in Chennai (then Madras), rode piggy back on my brother in law in Bangalore (till he wanted an out too), almost got crushed to death in a stampede on the parapet walls of the dam in Brindavan gardens and found relief in the green hills of Madikere in Coorg. Fresh out of college, no job in hand and a future as dark as the forest we were passing through, the five of us had decided to stray far away from our homes in Calcutta.

The girl seated across the aisle turned and smiled at me. I smiled back. She clung on to her doll tightly. I clung on to my dreams and watched the jungle pass me by. We were passing through the Bandipur National Park on our way to Ooty. The bus rumbled through the dense jungle. The others were sleeping. Amit with his head weaving over the aisle like a pendulum; Sanjay waking up sheepishly after every bump on the window sill; Bumba resting most of his 80 kilos on the thin old man seated next to him crushing him under his weight; Ashis snoring by my side. All presenting a picture of tired minds and bodies in need of rest. But I stayed awake with Denver for company. Sleep doesn’t come to me easily on such journeys. My mind wanders.

The sight of a large herd of elephants brought out squeals of delight from the little girl. The commotion woke the others up. The giant beasts were tied in chains next to the road. Bells dangled from their colossal neck and chimed with their movements. There was a gap in the thick foliage. A lovely clearing with some huts on the other side of a small stream held our attention. Then the bus roared around a sharp bend. Both the elephants and the clearing vanished from sight. It always saddens me to see elephants in chains. Somehow, I always think of these majestic a

animals roaming the jungles freely without care. Not sheathed in chains as beasts of burden.

And then the climb up the Blue Mountains began. We turned and twisted up the ghat roads. The scenery took our breath away. By now the others awoke soaking in the splendour of the blue ridges of the Nilgiris. The setting sun created magic on these mountains and the ranges seemed to blush in delight at we watched her unabashedly allowing our minds to wander all over her beauty, wanting her like a long lost lover. Each turn showed us a different dimension of nature – every scene casting a spell on us, vibrating within us till our minds seemed to burst. Looking at our happy faces I realized that this was the closest I would come to feel Utopia on this trip.

Over the next five days we explored the town of Ooty. The quaint market place bustling with the post Diwali holiday crowd, the numbing cold of the evenings spent at the Botanical gardens and the boating on the lake; the excursion to Coonoor and our delight at seeing the botanical gardens at Sims Park with its wide variety of roses. We visited Dodabeta peak and marvelled at the breathtaking views from the place. But most of all, I still remember the wonderful after dinner sessions of animated conversation in the dormitory beds of the Youth Hostel; the carefree laughter of five disillusioned youths from Calcutta who found temporary Nirvana in the Blue Mountains of the South. And still the haunting strains of Denver kept me company in the cold, moonlit nights after the lights in the dormitory were switched off.

Dark and dusty painted on the sky, misty taste of moonshine, teardrop in my eye.