Paris has since long held a special place in the quintessential traveller’s heart. However, while most tourists are enamoured by the Eiffel Tower, Champs-Élysée and Musee du Louvre, Paris has much more to offer.  We bring you little known (among Indian travellers), yet highly recommended places to go to and things to do around Paris.. 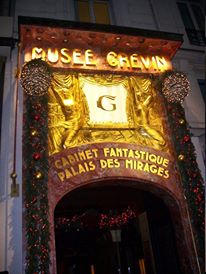 Grevin Musee is a wax museum and very similar to Madame Tussauds™ and is housed in a very opulent building, which is very similar to an Italian opera house from inside. Thanks to its Baroque architechture, it has got a very French flavour. It houses a host of international wax statues in several themed rooms – The famed House of Mirrors, The Spirit of Paris, The Champions, The Discovery Tour, The Childrens World, History – Yesterday and Today. While it houses a number of exhibits from around the world, the only Indians whose wax models are exhibited here are of M.K. Gandhi and Shah Rukh Khan!
At the end of the exhibits, there is a workshop that shows how the figures are created. This is a part of The Discovery Tour. 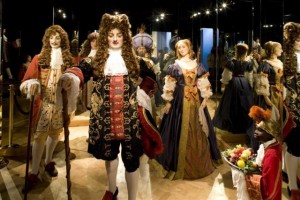 Grevin Musee is located centrally in Paris. It is situated on Grands

Boulevards, near the opera Garnier.

The Wanderers tip:
A visit to Grevin Musee is a must if: 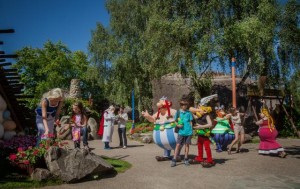 Parc Asterix is a theme park located North of Paris and as the name suggests, it is based on the iconic comic – Asterix!
There are 32 attractions, 08 shows and 06 different ‘worlds’, as opposed to 60 odd attractions at Euro Disney that are spread between Disneyland Park and Walt Disney Studios. Given its smaller size and the crowd being less, more rides can be done at Parc Asterix in a day than at the parks in Disney. However, it has the capacity to hold only about 07 – 08 thousand people as opposed to 80 thousand at Disney. The park has more exiting rides that are suited for older children and adults whereas, Disney’s rides cater to young children (and therefore ideal for kids aged 08 and younger).

It is located in the North of Paris – close to Roissy Charles de Gaulle! From Paris take a shuttle bus that leaves from a meeting point at the Louvre every morning at 08.30 Am. The buses depart from the park back to Paris at 06.30pm. Depending on the traffic, it can take about 45 minutes to an hour.
From Roissy Charles de Gaulle Airport, there are shuttles that leave half an hour from an appointed point. They leave from 09.00 hours

until 1 hour before Park closure. For the return journey from the Park to CDG, the shuttle is available every 30 minutes from 0930hours till an hour after the park closing time, i.e. 1800hours. Depending on traffic, it will take approx. 15 – 30 minutes

The Wanderers tip – Who should go

There is a hotel (3 star family hotel) – Hotel des Trois Hiboux – on the grounds of the park. The Dolphin shows happen every day at 01.00pm. The park is open from April to November. But remember, that the park is closed during winter.

The Chateau de Chantilly is a beautiful chateau and has been closely associated with French Royalty. The last private owner was the Duc d’Aumale (Son of the last French King Louis Phillipe). The Duc was a great collector of arts and books and his entire collection is housed in the chateau.
When he died in the late 19th century he left the chateau and his entire collection to an organisation called the Institut de France, which has now opened the grounds and chateau to the public. It is managed by Domaine de Chantilly and has received donation worth 40 million euros in the past from The Aga Khan for restoration work. The art collection and the Museum is said to be only 2nd in ‘greatness’ to the Louvre. The books and manuscripts are also said to be the 2nd greatest collection in Europe.

Located in the North of Paris, by train it takes 25mins from Gare du Nord to Chantilly station. Or you can take a private transfer from Paris to Chantilly.

Your tour can consist of the following:
A tour of the chateau, which will include the Grand Apartments and the Museum – Musee Condee ( the art works and books).  At an extra cost you can also add a visit to the Grand Stables that once housed 100 horses and hunting dogs. It now has 35 horses used for dressage! There is a horse dressage show that happens (at additional costs) which can be added depending on the schedule. There is a Relais Chateaux hotel – Auberge Du Jeu De Paume on the grounds. It is very romantic and perfect for Honeymooners.

Important events:
Famous horse races happen in June and in September, which are very similar to Ascot. If you are planning a trip to Paris at this time, it makes sense to tie your visit to Chantilly.

Why Chantilly
Chantilly is traditionally famed for