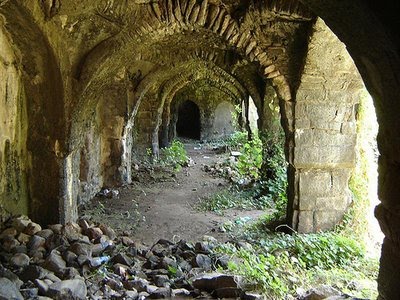 Maharashtra, specially the coastal belt, is a fort lover’s paradise. There are hundreds of forts that have the history of Maharashtra and India etched on their ramparts. Some like Daulatabad in Aurangabad, Pratapgarh in Mahabaleshwar, Sinhagad in Pune and Govilgad fort in Chikaldara in Amravati district are hill forts, magnificent structures on hill tops overlooking the mighty plains below.

Some like Sindhudurg fort, Ratnagairi fort, and Korlai fort near Revdanda are beauties that rise above the sheer cliffs overlooking the Arabian Sea, their walls ravaged by the sea and the coastal winds over the centuries. But few forts around the world can compare with the majestic splendor of the island fortress of Janjira, a sleeping giant in the middle of the Arabian Sea and the only fort in Maharashtra which neither Chhatrapati Shivaji nor his son Sambhaji could conquer..

The Road to Janjira

Getting to Janjira is half the fun. About 165kms south of Mumbai is the sleepy coastal hamlet of Rajpuri creek. It`s a 4½ hr drive from Mumbai. From Panvel we took the Goa road (NH17). 33kms ahead at Vadkhal, we took the road to Alibaug and proceeded further towards Cheul, a wonderful coastal village. We stopped here for a while and walked through coconut and “supari” groves to the Revdanda beach. There was not a soul in sight. We passed through an Old Portuguese church in ruins and came across the ramparts of an old fort, also in ruins. Across the Revdanda creek stood the Korlai fort high atop a hill, guarding the bay like a proud sentinel.

Returning to our car, we drove across a bridge and turned right and headed towards Murud, 34kms from Cheul. A mile ahead, a road leads to the coastal village at the base of the Korlai fort. On an earlier visit to the area a month back, we had climbed up the stairs from behind the light house right upto to the fort. We had seen some of the most gorgeous views of the bay and witnessed a beautiful sunset from the top. Bypassing the village this time we drove towards Murud. The entire stretch of the coastal road was a fascinating drive with the sea playing hide and seek and kissing the road on many an occasion. We crossed a couple of small ghat sections, the sea never far from sight.

The first view of the Janjira fort is unforgettable. As the road meanders around a bend on top of a hillock, the fort leaps into sight in the middle of the sea. It’s a bird’s eye view and feels as if one is watching from the skies above. 2 kms ahead at Rajpuri, we hired a 20 footer country boat with a sail at a bargain price of Rs.150.00 for a round trip to the fort. One may also share a boat with a bigger group and pay only Rs.8 for a round trip. The waters were very choppy and the boatmen predicted early rain this year. The 25-minute boat ride across choppy waters with the spray hitting us on the face and the boat tossing dangerously was the highlight of the trip. Instead of going diagonally to the fort, the boat went straight ahead, turned back diagonally then went straight into the fort. This was done so that the swells hitting the boat from the sides did not overturn it. However, bigger boats go straight to the fort but I guess the ride is not half as adventurous.

We hired a guide for Rs.60.00 for showing us the fort. The fort was built sometime in 1515 by the Siddis of Janjira, descendants of sailors from Abyssinia. Legend has it that during the first attempts to build the fort, the ramparts collapsed, so taking the advice of a local priest, the son of the Siddi chieftain was buried alive to appease the Gods. Thereafter, it took 22 years to build the fort. There are 275 cannons in the fort out of which the largest with a range of 3 kms, is the third largest cannon in Maharashtra, the largest being at the Daulatabad fort. Amazingly, there is a freshwater tank in the middle of the fort which gets water from an underwater spring and according to the guide that’s how the fort got its name.

In 1659, Shivaji attacked the fort but could not scale the 15 metre high walls. Later, his son Sambhaji tried to dig a tunnel and even fill the channel out to the fort. However, a natural moat, 90 feet deep, surrounding the fort, thwarted his attempts. Even today, on the mainland one can see the entrance to the remains of a tunnel. In despair, Sambhaji tried to build a similar fort in the middle of the sea about 3 kms off the Janjira fort but a call of duty in another part of Maharashtra did not allow him to successfully build the fort. This fort is now called Kasa Kila.

17 kms from Murud, on the road to Alibaug, are 2 resorts. The first is the Kashid Beach Resort with split level A/C rooms with gorgeous views of the sea on one side and the hills on the other. The second is the more up-market Prakruti Beach Resort with AC rooms set in villas. Both are on the periphery of the proposed 54 sq. km Phansad wild life sanctuary. For bookings, contact The Wanderers, Mumbai.

The nearest rail station is at Roha on the Konkan railway route, 50 kms from Kashid. One may also take the Catamaran from Gateway of India, which reaches you to Mandwa jetty. From there the complimentary bus service of the Suman Motel Catamaran takes you to Alibag. From Alibag either take the S.T bus to Kashid – the S.T. Bus will be for Nandgaon a place after Kashid or for Murud, which is 20 kms from Kashid. From Alibaug one can also take an autorickshaw [the approx. charge will be Rs.150 per auto] for the 32 km drive to Kashid Beach Resort.

Other places to visit nearby are the Nawab`s palace. It is owned by the erstwhile Nawab Shah Siddi Mahmood Khan who now lives in Bhopal. Entry here is restricted but if you speak pleasantly enough to the old chowkidar who runs the place, he may let you in for a short while and allow you to see the durbar hall full of priceless marble and beautifully carved wooden furniture. Stuffed animals adorn the walls. The fort that one can see from here in the middle of the sea is Kasa Kila. On a clear day a daring boatman will take you there for Rs.500. The Dattatraya temple dedicated to Shiva, Vishnu and Brahma on a hill top in Murud is also worth visiting. For the hiker, the hills surrounding Kashid Beach Resort and Prakruti Resort is a veritable paradise.

adventureadventure getawaysbethewandererexplorefortfortressindiaislandJanjirajourneykeepwanderingmaharashtramemorableoffbeattravelunforgetableexperiencevisitvoyagewandererswanderersonthegowanderlustWhatNext
by The Wanderers
2 Comments