Morocco Marrakesh Market: A treat to the senses 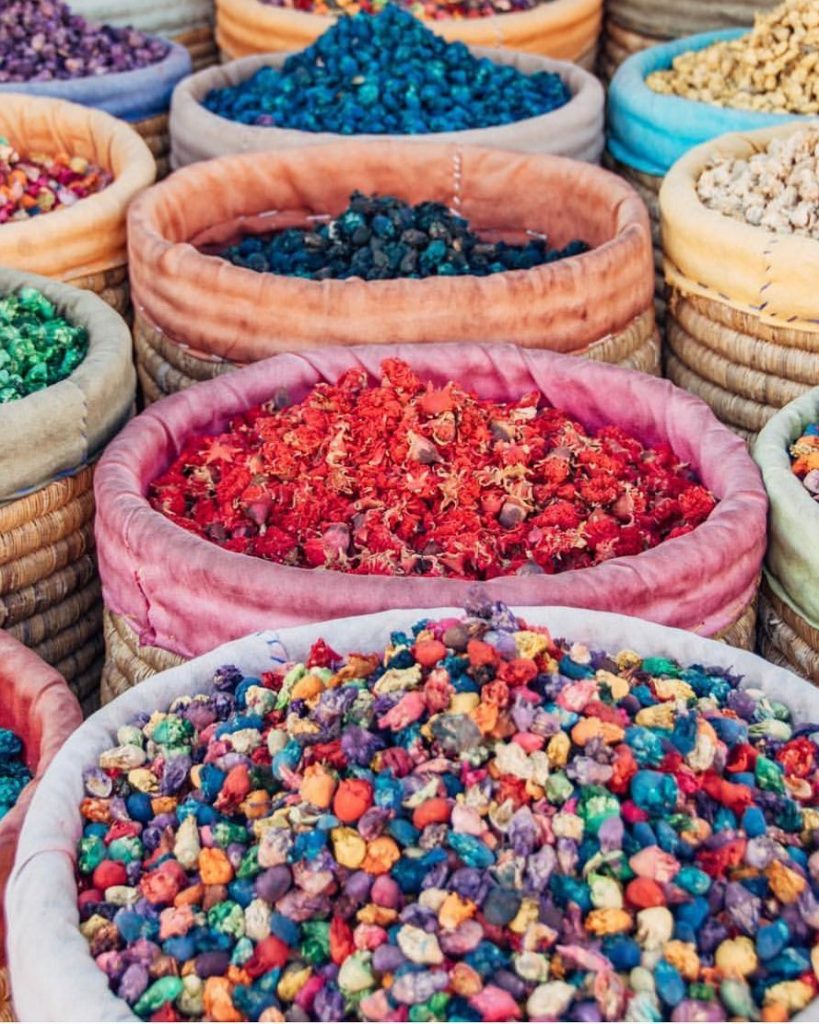 Just off Marrakesh central square – Djemaa el-Fna – lies some of the most enticing souks in Morocco. The immense market is home to food vendors, storytellers, musicians, tattoo artists and snake charmers…and the list goes on.

Fascinating, spell binding, alluring – and the list of adjectives could go on if we were to describe the Marrakesh Market – where the exotic world of snake charmers, musicians and riot of colors and cacophony of sounds bring the market alive and enticing enough to take a day out and revel in the magic of it.

Its ancient history revolves around desert caravans and pirates; its low red buildings are framed by the snow covered High Atlas mountains. The square around, which the city is centered is easily the most alluring of any African market.

It is so easy to get lost in the shrouded alleyways, which leads us into a darker, narrower lane that snakes into a twisty clutch of passageways, each nudging us in directions we can neither predict nor resist. But then, at the end these labyrinthine byways all funnel back to the main square – eventually.

And in your journey through the sights, smell and sound of the souks…you chance upon its very soul which pulls you back into its fold. Enveloping you in its magic and transporting you into a world like none seen before.

Amid the dense souks, you’ll find objects to sate every sense. Monkey trainers, snake charmers, henna artists,, carpets for the feet, candies for the tongue and scores of potent spices for the nose, people standing over huge boiling cauldrons dyeing wool whilst their neighbours measure out spices on old lead scales. Music acting as a layer to the souk…and over cups of sugary mint tea, with chat of family and country bartering and haggling seals the deal.

Whilst you go to the square at different times of the day, and you’ll keep seeing it reborn. At times, storytellers spin tales. At others, the food stalls dominate the scene, packed with everything from dried fruits, nuts and orange juice to gleaming rows of calf brains.

The flavor of the market is it’s salesmen – aggressive, pushing everything from rugs to perfume, with prices “just for you, my friend.” With the  happy cacophony of sounds – honks, braying of the donkey, the blaring music which keeps the shopper enthralled – it is a world of havoc – captivating havoc…

For a flavor of culinary heritage. Four-course meals are common here, the freshest salads, and meat platters ladled over fine bowls of couscous in the steaming tagines.

A must taste: Pastilla, a meat or vegetable pie with powdered sugar on its crust. There’s also fresh bread here to rival anything from Italy or France.

The mechoui sellers’s delicious slow-cooked lamb flavoured with cumin and salt is not to be missed.
Stalls selling aromatic bunches of mint compete with colourful displays of ras al hanout, a popular spice blend, and jars of preserved olives and red peppers. 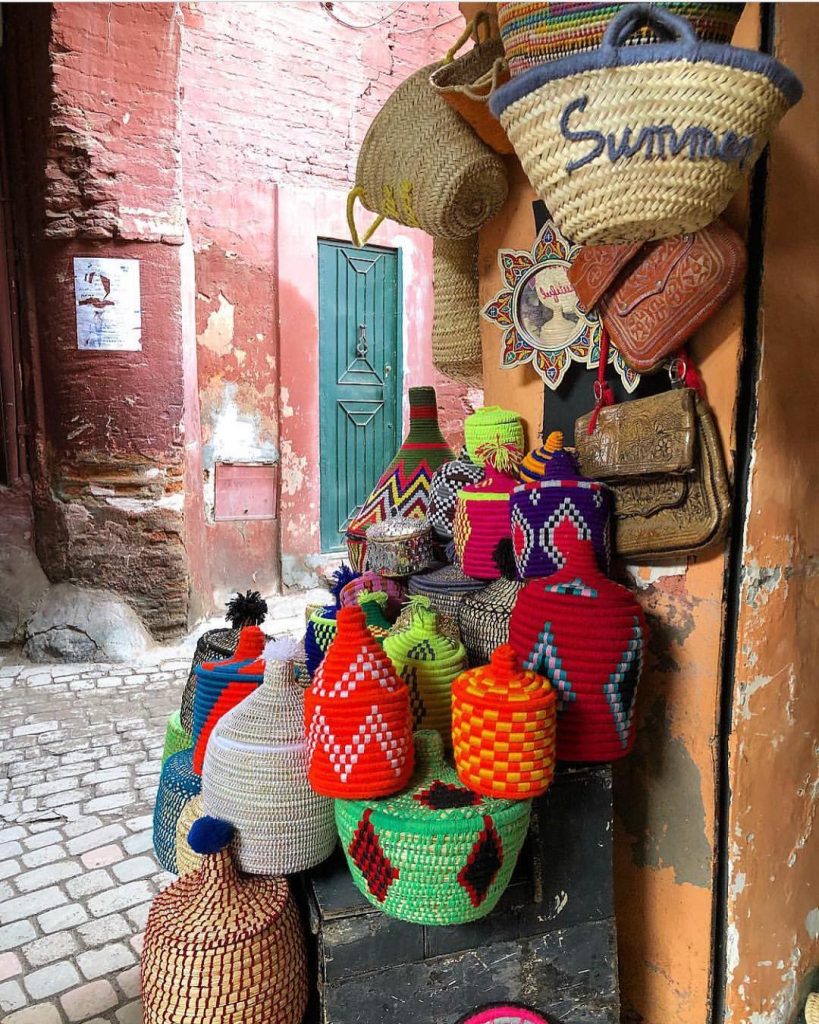 Visiting the bazaar
Thumb rule: If you decide to buy, the name of the game is to haggle. Offer about a third of the original price presented to you. You may as well make yourself comfortable as negotiations can take hours and be prepared to drink numerous cups of sweet mint tea in the process. It may also be possible to swap things, if you have designers T-shirts or trainers for example that you are prepared to give up.

The most interesting time to visit the souks is in the early hours of 5 – 8am, or late afternoon around 4-5pm when local traders can be seen bargaining for goods. Most stalls are closed in the evenings, although a few stay open till 7 or 8pm. It’s also worth noting that some souks are closed on Fridays, the holy day.