We would like to share the experience of one of our clients, Rishiraj Singh who has just returned from his holiday around Europe and couldn’t stop raving about the experience he has had.  Here he gives us a detailed account of his journey.

Starting off the tour to the Arctic Circle !!! 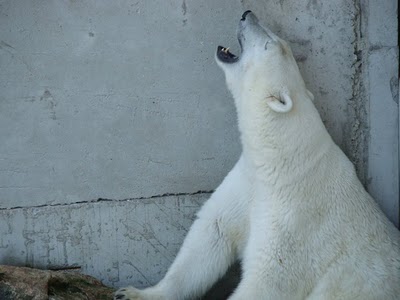 Commenced the long journey to Helsinki via Frankfurt. Slept throughout the plane journey to Frankfurt, only to get soaked in football fever in Germany. Kind of a festival atmosphere at the airport. Ventured out in the 7-hour stopover with Kiran, my wife. Met a Brazilian named Eugenia in the subway train to Frankfurt city central. The helpful local took us to the old city as against her plans to show us around. What a sweet way to start the sojourn !! enjoyed the tranquility of the atmosphere there in, feasting on a fantastic pork pizza and strawberry cake along the way only to end up having yummy pasta on the onward flight to HELSINKI. And now it’s 11:30 pm here and we can still see daylight and scores of youngsters soaking in the atmosphere. Sitting in a pub called Teerenpeli wherein the Jack Daniels and amazing scenes have helped get over the jet lag!! Not to forget the picturesque Hotel Helka where we are staying. DAY 2 will take us to Rovaniemi.

A Colourful day in HELSINKI … 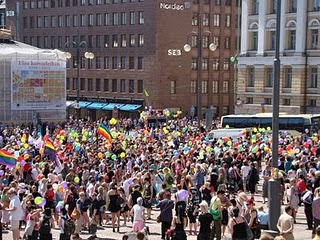 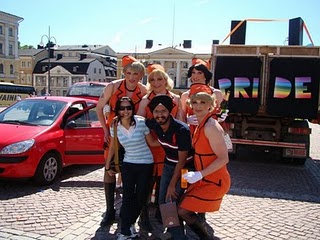 Helsinki had a lot of surprise in store for us. Instead of booking city tours, we set off on our own for a walk around to the main places in the city. All the key locations were nearby, the market, the station, STOCKMANN- the departmental store for bargain lookers like us and the main attraction – The Senate Square + the Lutheran Cathedral. With green and white decorating the beautiful monument, the Square bore a very lively look. The entire youth brigade with balloons had descended in thousands on what was a parade. Crossdressers as air hostesses, decorated canines, even a few nude chicks, varied hairstyles, Bavarian girls.The colors were endless and to back it up was live music. A local named Oulen briefed us on the significance of the party atmosphere. Headed further to the Orthodoxan Cathedral and then to the Esplanade market, studded with souvenirs. Bought some tasty fresh strawberries and even witnessed a Finn wedding. A long walk for 4 hrs and we had seen the heart of the city. Made our way on foot to the station in the evening to head for the Arctic Circle. A cute twin cabin and a cozy bed. Santa here we come… 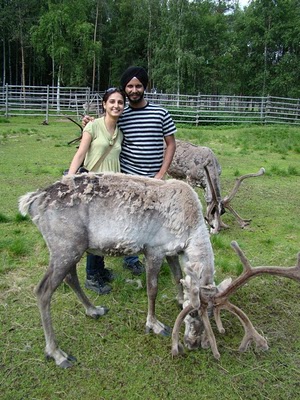 Rovaniemi was full of nature which one could come across only in Lapland. Luckily we were there when the Jutajaiset festival was on and it was actually the last day – 4th July. A Folklore Festival with World Music. We had Finnish, Europeans, Africans, and Asians amongst the performers.

Post a quiet soothing walk across the Ounaskaki river which passes through Rovaniemi overlooked by the Ounasvaara peak, we crossed the CANDLE BRIDGE to reach the venue for the festival. Luckily the finale of the evening – a Finnish Band Piirpauke was left and we decided to go for it. Had a kick-ass pizza at Valde – Mari, studded with reindeer meat and then we were a witness to the best music for a long time. With Ghanaians joining the impromptu jugalbandi with the Piirpauke, it just proved one point – music builds relations very strongly. The music still rings in my ears. The same day we visited ARKTIKUM – an encyclopedia on the Arctic Circle – quite an experiential tour.

The next 2 days were a toast to the area’s wildlife, the Ranua Wildlife Park which had the polar bears, musk ox, brown bears, wolverines and the snowy owl (finally saw a park without lion, tigers and elephants) and the Reindeer Park Safari which was the actual place where we crossed 66.32 latitude – THE ARCTIC CIRCLE.

The reindeer were against our assumptions, extremely noble guys, clean and furry and even WHITE – one in 1000 is white and we saw 2. But the cherry on the cake was the husky dog Safari, ferocious looking cute canines. The customary visit to the Santa Claus village filled in the itinerary. With Lapland done, the definition of Finland was complete – a large forest with a 1000 beautiful lakes and rivers and a few inhabitants. A truly different experience. 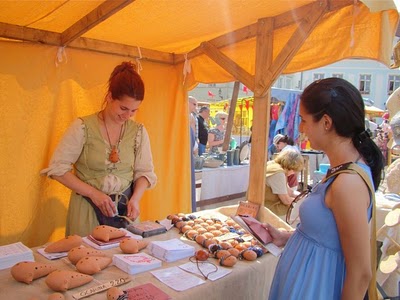 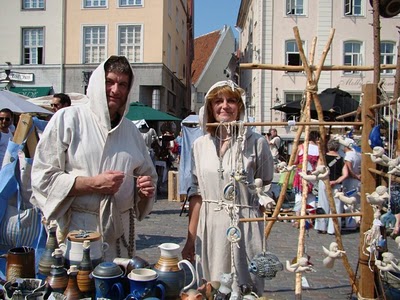 The last day in Helsinki was an extensive tour of the city by foot, and studded with loads of shopping – KARLFAZER chocolates are a must and designers clothes (if the pocket helps the same). The clothes are bizarre and beautiful at the same time – and they prove the fact that Helsinki is the WORLD’S DESIGN CAPITAL. A visit to Soumenlinna – an adjoining Sea Fortress and sipping on coffee at the beautiful cafes therein relaxed us before the oncoming hectic schedule.

The next day was Tallinn – Estonia and undoubtedly the most picturesque city which we would have ever seen. Surprising to find how beautifully an Old Town has been preserved and maintained – complete with Cathedrals, Mosques, passages and culture. Felt a part of History at St. Catherine’s Passage, tried my hand at archery and roamed a lot at the marketplace which was complete with locals in traditional costumes selling traditional wares. Made a pretty sight. Had a stage wherein performances, recitals, fashion shows (dressed up as Russian Czars) rounded up the beauty.

Tallinn made the trip complete. Finished off the first leg of Europe – Finland and Estonia in the traditional Finnish SAUNA – a must do for every tourist in Finland. Relaxing and Unique!!! 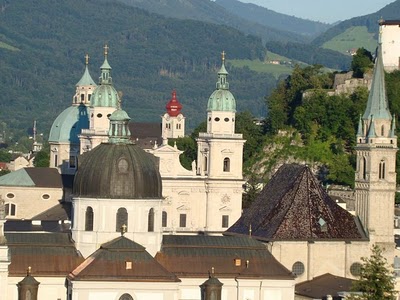 After a good fulfilling tour of Finland, Munich was a little bit tiring esp as the flight was at 6.55 am. Sort of trudged our way to the hotel and then rested till afternoon. The restlessness of not traveling took us over as well as the eagerness to see SALZBURG in AUSTRIA as was recommended by a good friend.

Unplanned, spontaneous and exciting – left the hotel at 3.25 pm, got tickets from Hauptbahnhof at 3.38 and caught the 3.42 train to Salzburg to see something which could match Talinn in all its grandeur. Salzburg Old Town (Altstadt) with its world famous baroque architecture is one of the best-preserved city centers north of the Alps and made a picturesque location with its green domes and the castle in the background.

It is the place where “Sound of Music” was shot, the art and culture inclination was visible in every aspect –  Mozart, the Cathedrals, Riverbanks et all. Saw the Panoramic view of the city from atop the Museum of Modern Art.
On the way back we caught with a Somali student and an Egyptian national in the train and imagine what connected us and got us talking – SHAHRUKH KHAN. They would literally know each and every movie of his with the release year – believe that he connects to their emotions !!! 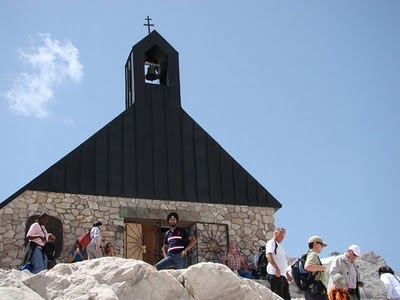 10th of July was atop the highest peak in Germany – Zugspitze – laden with snow and giving a great view of 4 countries surrounding it. Was a perfect goodbye to a fantastic tour of Europe.

The evening saw us catch Germany in its fullest as the 3rd place playoff of the FIFA WORLD CUP – Germany v/s Uruguay was on roaming around Marienplatz we saw all cafes jumping in joy at each goal. A German victory it was to get the entire town on the streets, in cafes, in front of the screens. The lit and lively city with its street performers saw us off with a well rounded off long holiday !!! Too many must dos on a tour like this and too diverse a holiday to match.